When turning, the axial component of the cutting force is pushing the part against the work holding device, which is a solid barrier. The radial component is pushing the part against air, which is not a barrier. You need to reduce the radial component of the cutting force if you want to:
1. Reduce part bending in long parts (with a high length to dia. ratio)
2. Reduce distortion in thin walled parts.
Your selection of insert nose radius affects the force.

Radial cutting force increases as the tool nose radius increases. As the picture shows, with a tool approach angle of 90 degree and a zero nose radius (which is not possible in practice – it may be 0.1 mm, 0.05 mm or lower, but never zero), at the extreme, there will be no radial force at all, and all the force will be axial.

Action point
Nose radius selection does not merely depend on the radii that you want on the part. It decides whether you’ll get a part within tolerance. Decide it very carefully.
To turn a part with poor work holding, high L/D ratio or thin wall where you want to reduce bending or crushing, reduce the radial force by using a small nose radius.
To turn a part where work holding is good and there is no bending or crushing issue, use a large nose radius.
Remember, a small nose radius will also force you to use a lower feed rate for the same surface finish (see this post), and increase your cycle time. So do not use a small nose radius unnecessarily just to be on the safe side.

I recently saw this placid bunch of cows walking peacefully down the road near my office. Just like a good Indian road user is supposed to do, they were walking down the middle, straddling the lane divider line. Indians (including Indian cows, evidently) believe that the white line down the center is meant for driving ON, not on either side of.

Bangalore (like most cities in India) has a lot of cows hanging around on the roads. Many people across the country prefer to have fresh milk delivered to them every morning by a neighbourhood milk producer who has a few cows, instead of getting it in packets from large corporate dairy farms. The cows get milked and fed at home, and are then let loose to roam around the neighbourhood, presumably to get some exercise and stuff like banana peels that people throw away. They have a great homing instinct, and make their way home by the evening.

Heard this Ogden Nash poem ? The cow is of the bovine ilk. One end is moo, the other milk. 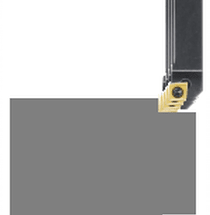