CNC: Cycle time reduction by controlling what the spindle does at tool change

On a CNC lathe, what you do with the spindle during tool change can make a difference to the cycle time, and help in cycle time reduction. The spindle takes some time to accelerate to the programmed speed. The larger the lathe, the more time it takes, because of the higher size and inertia of the spindle. A typical machine would take 1 sec. for every 1000 RPM. E.g., 3 secs. to reach 3000 RPM. 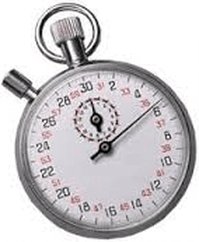 Result: When the tool approaches the next operation, the machine will wait at the destination position for the spindle to accelerate to its programmed speed. To save time you can program the spindle start during the approach to the operation from the tool change position, but even then the rapid motion will take less time than the spindle acceleration, and the machine will wait. E.g., if you are turning a 50 dia. part at 300 m/min, the spindle accelerates to 1900 RPM each time, taking approx. 2 seconds – for 5 tool changes that’s 10 seconds.

During spindle acceleration the power consumption is momentarily very high (you can see the power meter going beyond 120 %). This increases the power bill, reduces the motor and spindle life.

3. Keep the spindle running with CSS OFF

before tool change, switch back to CSS ON after tool change. Change only the mode, not the surface speed. Result: The spindle is running at the same RPM as when cutting was going on, does not decelerate or accelerate during the motion to and from the tool change position. There is no time lost.

Option 3 is the best option: Switch to Constant spindle speed mode before tool change, back to CSS mode after tool change.

He’s run the marathon 8 times so far. His latest was the Toronto marathon last year, at the age of 100. He took 8 hrs. 25 minutes, and came in last. Kenneth Mungara of Kenya came in first, at just over 2 hrs. – but then he’s 62 years younger than Fauja Singh. 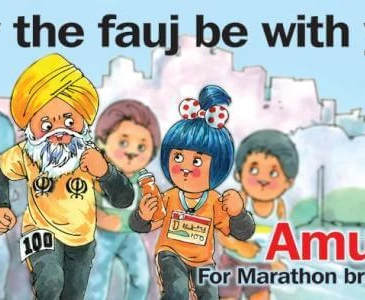 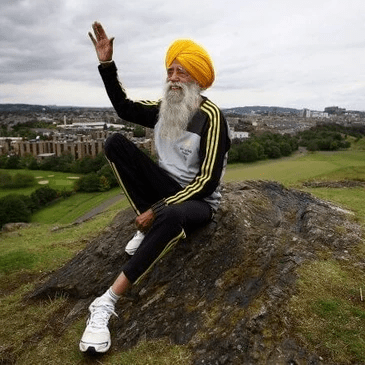 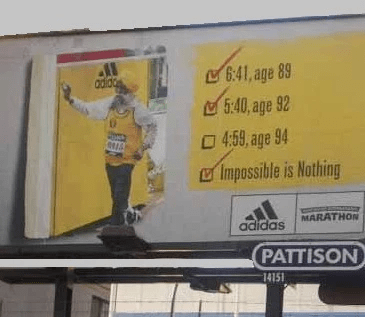 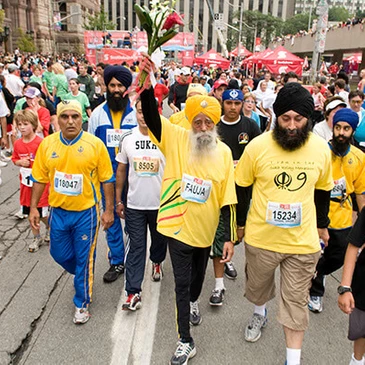 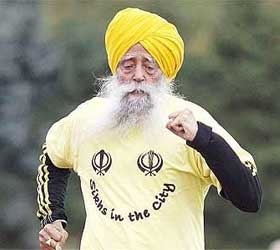 In each one he improved upon the previous record in that age division (some events had no previous record holder, as nobody over age 100 had ever attempted to run the distance).

A video of the Turbaned Tornado in the london marathon : http://www.youtube.com/watch?v=gCY0Xx92YvQ

He’s a vegetarian, and the oldest person to be featured in a PETA (People for Ethical Treatment of Animals) campaign. Check out the slogan ‘Sikhs and the city’ on his T-shirt in the pic above. A take off on ‘Sex and the City’, a TV series later made into a movie.

About the marathon, Fauja Singh: “The first 20 miles are not difficult. As for last six miles, I run while talking to God.”

As for me, I say : “The first 3 miles I run with some difficulty. As for last 23 miles, I leave them for God to run”. For some strange reason, I can cycle quite long distances at a stretch, but can’t run even short distances. Must be a different bunch of muscles used in each activity.

CNC programming style – which one is best ?

Adaptive control in CNC – what is it, and what are its benefits ?