In machining, almost all of the energy spent in cutting is transformed into heat. Heat is produced:

1. During deformation of the metal to create chips. Ever felt the heat when you bend a thin steel wire with your hands repeatedly to break it ? Same phenomenon.

2. Friction of the chip sliding across the cutting tool produce heat. Try rubbing your hands together fast – the heat generated is the same phenomenon. One of the key tasks of cutting fluid is in fact lubrication, to reduce the friction and thereby the heat generated because of it. 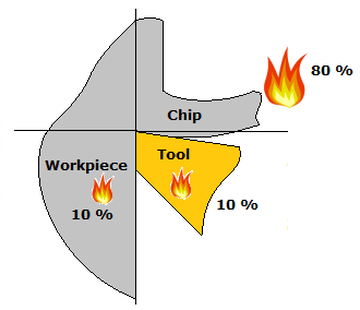 A surprising fact is that 80 % of the heat generated is carried away by chips. The remaining 20 % is transferred to the workpiece and tool. Coolant only reduces the temperature rise caused by this 20 %.

Get those chips out of the way, as fast as possible ! Improves tool life, reduces tool cost, and improves job quality.

Obsess about the coolant, sure, but obsess more about the chip evacuation.

I saw this game of chess being played on the platform of Chennai railway station. The players were deep in thought, totally oblivious of the din of the station. From time to time a few spectators would gather around, watch and discuss the game, then move on.

Two things struck me as strange:

1. A game requiring deep thought and strategizing being played in such a noisy setting.

2. So many spectators stopping by to watch and discuss the game. 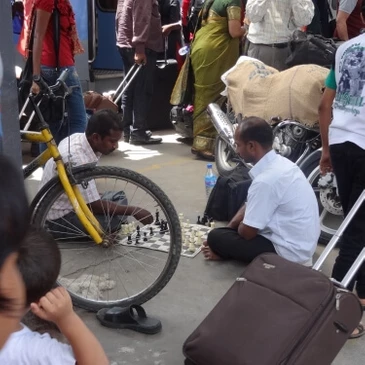 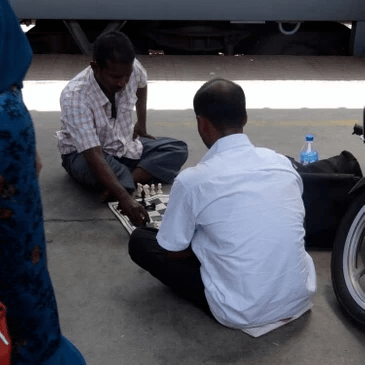 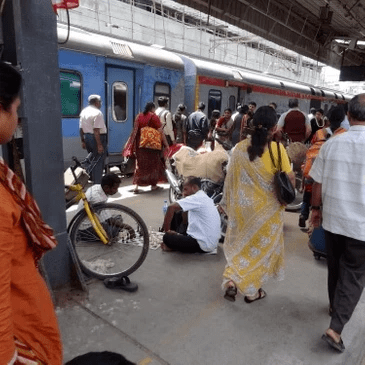 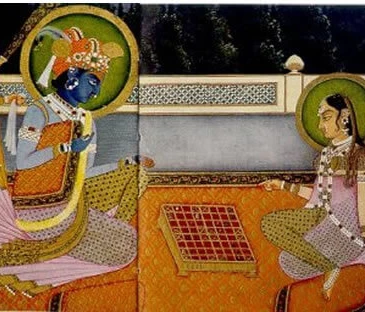 The forefather of chess is the 6th century Indian game of Chaturanga (Sanskrit for ‘four limbs’). The name came from the battle formation of an army platoon: infantry, cavalry, elephants, and chariots – represented in the chess pieces of pawn, knight, bishop, and rook.

The game came to Persia in the 7th century and was renamed Chatrang, then shatranj. The word “checkmate” comes from the Persian phrase “shah mat,” which means “the king is defeated”. The rook is named from the Arabic word rukh, meaning chariot. This reflects its ability to move quickly in straight lines, but not leap over obstacles. Rukh also means ‘cheek’ – the actor Shah Rukh Khan’s name means ‘The ruler with a regal face’.

I used to play chess as a kid, but came to hate it over time. Mainly because I was bad at it, and I’m a poor loser. It frustrated me immensely that I spent close to half an hour playing, only to lose at the end. And I only had myself to blame, unlike in a team game like cricket where I could blame the wicket keeper, the other batsmen, the other bowlers – everyone except myself.