Cutting speed vs Feed rate – what is the difference ?

It is easy to understand the cutting speed vs feed rate difference using the example of a car. We always say “The car is moving at 80 kmph”. Even though this speed is directly related to the rotation speed of the wheels, we never say “The wheels of the car are rotating at 800 RPM”. We think in terms of the linear speed of the car instead of the RPM of the wheels because the former makes more sense. The linear speed decides how fast you reach your destination and how fast the tyres wear out. Tyres wear out based on the distance you have driven, and how fast you have driven. Also, the car’s fuel efficiency is best within a certain range of speeds. The linear speed depends on the RPM and diameter of the tyres.

The cutting speed (V in the picture) on a lathe is the equivalent of the speed of the car. It is the linear distance moved by the tool against the part in a given time. How fast you cut the part depends on this, and the tool wear (just like tyre wear) depends on the linear speed and the linear distance moved. This equation calculates the cutting speed V in meters per minute (m/min), from the RPM N and the diameter D. D is the diameter at which the tool is cutting, in mm (the 1000 in the denominator converts mm to meters).

Just like we prefer to drive at a certain speed to get the best fuel efficiency and minimize tyre wear, on a CNC lathe we cut at a certain cutting speed to minimize tool wear and optimize cycle time. The Feed rate (F in the picture) is the linear speed of the tool as it travels along the part contour. This could be specified in ‘mm per minute’ (mm/min) or ‘mm per revolution’ (mm/rev). On lathes it is always specified in mm/rev, and this makes sense because: 1. The surface finish directly depends on the distance moved per revolution. 2. The insert’s chip breaker geometry is designed to break chips within a particular range of chip thickness, and the chip thickness directly depends on the feed rate in mm/rev.

Want to reduce waste of machine capacity in your shop floor, improve profits via Industry 4.0 ?
Check out our LEANworx CNC machine monitoring system.
You start seeing big results in just a couple of weeks.

I love the shape of the Volkswagen Beetle, and it struck me recently that I’ve never driven in one – should add it to my bucket list.

The Beetle has a history quite like India’s Maruti 800. In 1934 Hitler ordered the design and production of a ‘volkswagen’ which means ‘people’s car’ in German. He wanted German families to be able to afford the car, and asked Ferdinand Porsche to design the car. It was supposed to carry a family of 2 adults and 3 children (presumably Hitler’s idea of the ideal family – mom, pop in front, 3 kids at the back). The Beetle’s official name was ‘KdF-Wagen’ (“Kraft durch Freude” or “Strength through Joy”), but people found it a boring mouthful and started calling it the Volkswagen. The name of the car became the name of the company later. This model was called the Beetle only from the 1960s. During the war, between 1939 and 1945, the factory stopped producing the car and produced armaments instead.

Tool life – the effect of various cutting parameters on it 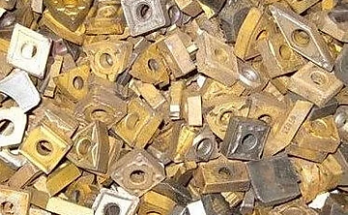