CNC – Why do we use floating tap holders?

When we cut a thread by any method, the following rule must be maintained: 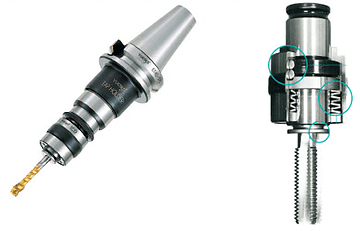 When we write a CNC program for tapping, we program a feed rate and spindle speed conforming to the above equation. The problem is that this rule is violated a few times during actual cutting:

1. Near the bottom of the thread the Z-axis is decelerating so it can stop at the exact destination, while the spindle is still rotating at the programmed speed.

2. When the tap reaches the bottom, the Z-axis has stopped and the spindle has been commanded to stop but is still rotating because of inertia.

Basically in all these 3 cases, the Z-axis and the spindle are both doing their own thing independent of each other, saying “to hell with the thread rule”.

If the tap RPM and the feedrate do not follow the thread rule, you get damaged threads. If the tap is rotating but not moving forward, what you get is a bore (and a broken tap?) instead of a tapped hole. Both these happen in the violations listed above. 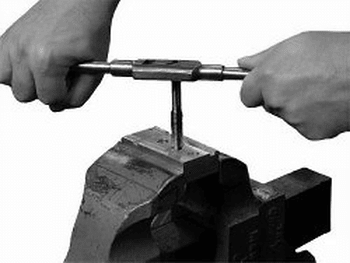 The solution is to do the machine tapping like hand tapping. In hand tapping, you only rotate the tap and the hand gets pulled into the thread at a speed that is proportional to the pitch and the rotation speed of the hand. You allow the hand to get pulled in – allow it to float, in other words.

Barbed wire is meant to protect things, but this is the first time I’ve seen it being protected. I saw this sight in Aurangabad, out on a morning walk one day. The shop owner is too lazy to put it away in the shop every evening, so he just ties the roll of wire to a tree with a chain. 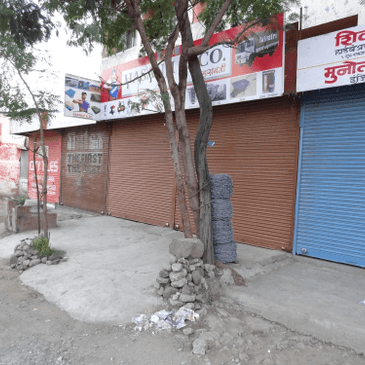 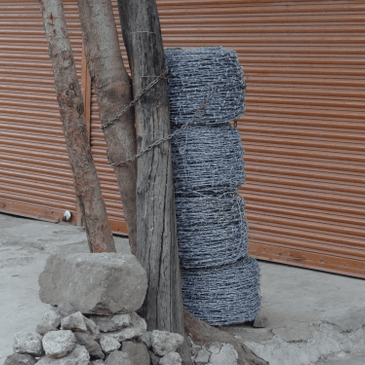 Barbed wire was originally invented to keep livestock (cattle, horses) within a boundary. Before it came along, the options were stone or wooden fences, or thorny bushes – too costly, or in the latter case, you also waited 1 year for your fence to grow after you planted it.

Barbed wire fencing was originally patented by a guy called Joseph Glidden in 1874, in the USA.

It’s amazing that the basic concept hasn’t changed at all in 140 years. I’m sure Glidden’s having a rough time in hell, after having been cursed by all the farm animals that have been born in the past 140 years ! 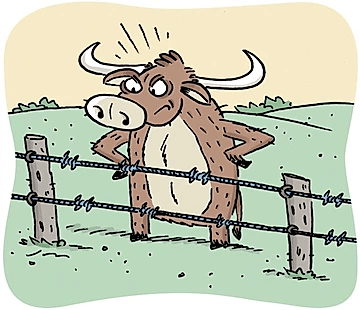