Reducing downtime for breakdowns Here’s what happens when a machine breaks down on the shop floor: The operator reports the problem to his supervisor after a short while. The supervisor then reports it to the maintenance department after another short while – the Time To Report. The maintenance technician arrives at the machine after another short while – the Time To Attend. The technician takes some time to repair the machine and get it running again – the Time to Repair.
With a tablet or a PC near the machine, all these times can be captured and used to reduce machine downtime caused by breakdowns. You can get reports of trends of MTBF (Mean time between failures), MTTA (Mean time to attend), MTTR (Mean time to repair). To reduce machine downtime, your aim must be to increase MTBF and reduce MTTA and MTTR.
You can use the statistics to reduce downtime by investigating these: Is the MTTA high because the technician always busy elsewhere, attending to some other machines ? Is it a work ethics issue – are technicians not serious about going promptly to a machine that has broken down ? Is the MTTR high because you do not have enough spares in stock ? Is it because the technicians lack skill , and need to be trained ? Is it because they do not have proper equipment for diagnosis and repair ? Is the MTBF low because the machine is very old ? Does it make economic sense to replace it with a better machine ? Is it because poor quality spares are being used, or the repair jobs done are poor because technicians lack skill ?
The Industry 4.0 system can track and report all these numbers, and generate SMS or email alerts if they are beyond pre-specified limits. You improve maintenance efficiency this way, and cut costs by reducing machine downtimes.
Preventive (usage-based) maintenance Catastrophic failure of a part is very expensive to fix, both in terms of money and in terms of machine downtime. E.g., a bearing failure could result in damage to other related parts. Preventive maintenance costs much less to fix, because you can do the part replacement at a time of your convenience, when the machine is going to be idle anyway (like on a weekly off day). When we replace a part in preventive maintenance, we do it after the machine has run a certain number of hours. Since we have no way of measuring the actual number of hours that the machine has run, we just replace the part after a certain number of days. What if there was no load (no orders) for much of this duration, and the machine was actually not running ? We end up replacing the part anyway, even though it has not been used much. This is an unnecessary added cost. With a machine monitoring system in place, you can know exactly how much time the machine has run, and replace parts based on actual run time instead of estimated run time.
The Industry 4.0 system can track the actual running time of the machine, show reports showing the run time of each critical part since its last replacement, and generate an alert when a part needs to be replaced. You cut costs by using parts for longer durations and not prematurely replacing them.
Predictive (condition-based) maintenance In preventive maintenance we replace parts before their estimated life is over, and because we want to be on the safe side, a part could have as much as 25 % life left when it is replaced. This means our replacement cost is 25 % more than it should be. This is where predictive maintenance can cut the cost. Predictive maintenance involves something called Condition monitoring. We continuously monitor the condition of the part, by checking key parameters like vibration level, temperature, etc. If the key parameter goes beyond a certain limit, we conclude that the part needs to be replaced.
The Industry 4.0 system can do continuous condition monitoring of parts, and generate an alert when a part needs to be replaced. You cut costs by replacing parts only when they actually need to be replaced, instead of replacing them based on estimated life and a factor of safety.
Industry 4.0 can dramatically improve profitability by cutting machine downtime and cost of spares.
Industry 4.0, Machine monitoring,CAD/CAM software ,DNC,CNC Training Software
Etc.
Cotton candy everywhere
Of late, I’ve been seeing a lot of people selling cotton candy (candy floss) at traffic intersections in Bangalore. I don’t know how much money they make from other vehicles, but from our they make a lot – my family is full of cotton candy addicts. I must be the only person who can’t stand it (even though I have a terrible sweet tooth).

To make cotton candy, sugar is melted until it becomes a liquid. This liquid sugar is then spun in a machine in a central ring. The ring has tiny holes through which the liquid shoots out because of centrifugal force, and then instantly solidifies when it comes in contact with the outside air, forming a sugary cobweb of fine threads. You mix the sugar with favouring and a colouring agent to get various flavours and colours. I’ve only seen pink cotton candy ever. The pink of course comes from some ghastly chemical, not from fresh strawberries.

It has various different names in various countries, but I think my favourite is the name in France, barbe à papa, which means father’s beard.
Cotton Candy was invented by a dentist called Dr. William Morrison in the US, in 1897. Great way of increasing business !
With the crazy rush hour traffic in Bangalore and the long lines of vehicles stuck at traffic signals, I’m sure the cotton candy sellers do roaring business. 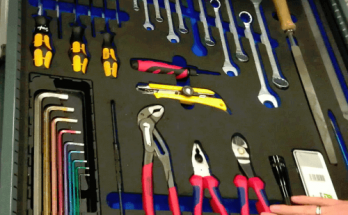